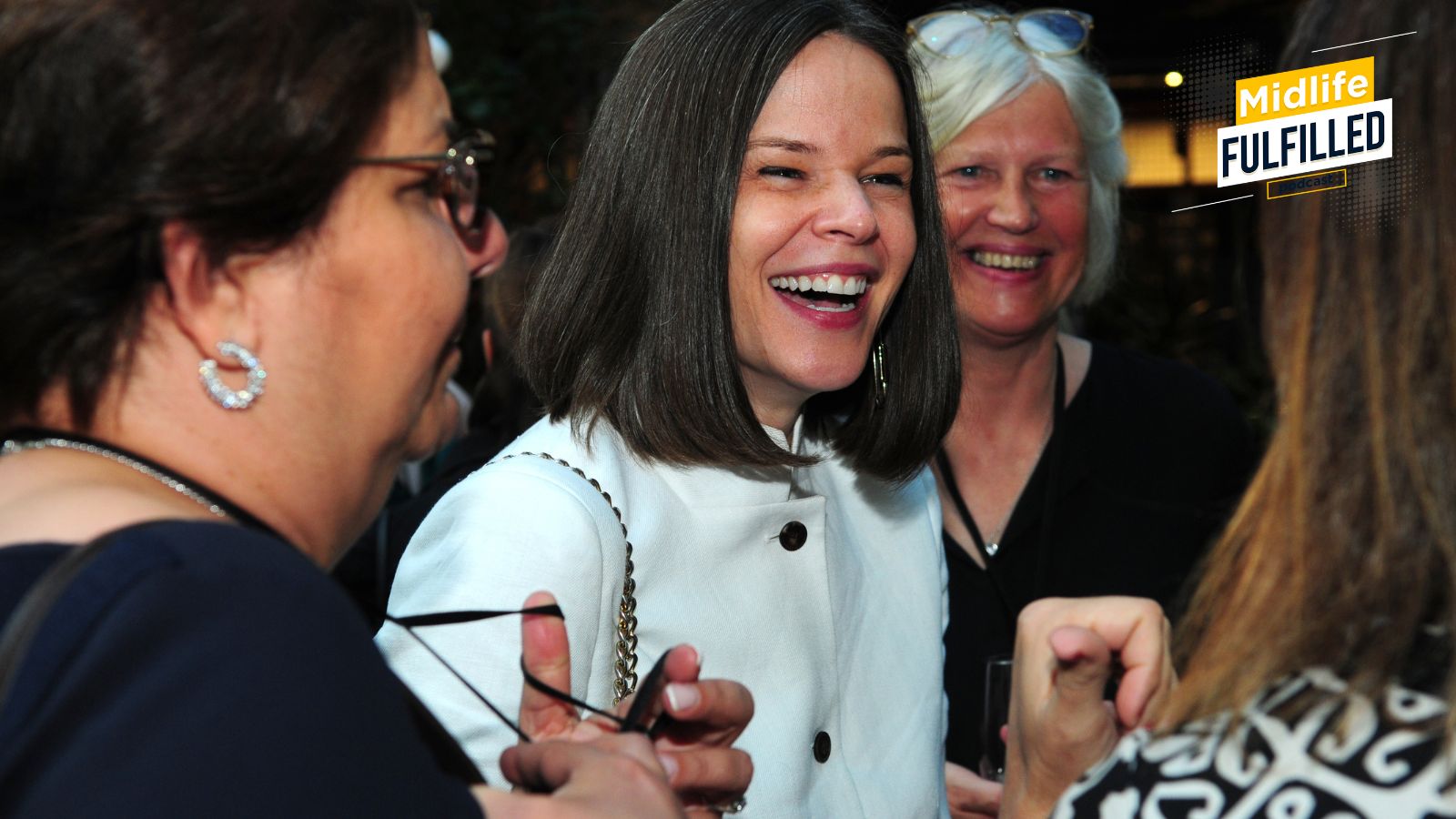 Why Women in Business are Thriving

In the past two decades, the acceleration of women in business thriving as CEOs as well as women holding senior leadership roles in corporations has increased materially. Many women have been breaking into men-dominated industries including finance and technology. Approximately 13 million businesses in the U.S. making up 42% of all U.S. businesses are owned by women.

I spoke with Camille Burns on episode 42 of the Midlife Fulfilled podcast. Camille is the CEO of Women Presidents Organization. Our conversation included a discussion of her own 22-year career journey at WPO through different roles leading to her current CEO role as well as the growth of WPO, its impact on women in business internationally, and the progress that is still needed in support of women leaders in business.

Camille says that she didn’t have much interest in business in her 20s. While she was active in women’s studies in college and in the feminist community, she had no interest in a career in business. She says that the conversation about women in business 20 years ago was mostly associated with small businesses commonly referred to as mom-and-pop businesses.

Today, women are recognized as business leaders with many achieving notoriety including such titans as Oprah Winfrey, Arianna Huffington, Sara Blakey, and Barbara Corcoran, to name a few. What each of these women has in common is they worked extremely hard and smart to build their businesses from scratch, overcoming obstacles and doubters along the way and built their respective businesses into large organizations employing thousands, and no doubt inspiring many other women to dream big.

The Women Presidents Organization is a non-profit organization founded by Dr. Marsha Firestone in 1997. The mission of WPO is to support women running businesses with more than $1M in annual revenue to help them grow and scale through peer group chapters. When Camille joined WPO there were 17 chapters and approximately 200 members. Currently, there are more than 140 chapters and more than 2,000 members in 10 countries.

Consider Camille’s career at WPO as a microcosm of what is now possible for women in developing their careers into leadership roles. She held several roles at WPO in her quest to realize where she excels, no doubt learning much about business. Along the way, she earned an MBA and admits to loving business now as a result of this experience. Camille says that this journey has molded her career.

But, the road to becoming CEO of Women Presidents Organization wasn’t always obvious to her. She admits to being part of the conversation about the succession planning for Dr. Firestone, with her name in the mix. Eventually, the Board decided Camille was the person to succeed Dr. Firestone. This is where Camille knew that she would be the next CEO before she knew that she could do the job. She admits to having some fear of moving into the top leadership role, in part due to the different personalities between her and Dr. Firestone. She came to realize that the trust the Board had in her was grounded in her capabilities.

Camille says that it took some time for her to feel that she could do the job. It wasn’t long before Camille found her groove. Today, she is three years into the CEO role at WPO. You can often find Camille speaking at a conference and visiting chapters across the U.S. and overseas. She says that as WPO has grown in the U.S. and internationally, maintaining a high-touch culture with members is a top priority.

Camille is more than a voice for WPO, she is a voice for women in leadership roles in business. She points out that many women struggle with getting access to capital, which is a roadblock to growing their business past the $1M mark, and even more so scaling to the $10M and $100M categories.

One benefit of such high-profile women business owners like those previously mentioned is that women are much more commonly accepted as business leaders now. The diversity, equity, and inclusion (DE&I) movement has helped put the spotlight on businesses to be more intentional about providing career development opportunities for women including in the c-suite.

Camille makes the point that women are different leaders. Society now accepts different types of leaders. Leaders are no longer stereotyped as dominant personalities, mandating strategy and policy. The evolution of women in leadership roles in business has demonstrated that a more horizontal approach that seeks collaboration through transparent leadership is an effective approach to leadership.

Camille also points out that women are community builders, which is a strength in running a business. Employees want to feel that they are part of something with a purpose and that there is a “why” behind their job. Women leaders tend to be strong at building community among their staff. They excel at building a team of experts with a specialization that supports the business.

Camille is inspired by accomplished women on the Board of Directors at WPO.  Several of them run large businesses and have much to offer WPO and its members through their leadership and passion for advocating for women in business.

We also spoke of the role of men in supporting women business owners. Camille agrees that collaborating with corporations and men in leadership roles is a part of their strategy. These partners accept a sense of responsibility to support women not just within their own companies but also in the start-up community as well as in the supplier community. For example, companies who intentionally seek out suppliers owned by women are part of the strategy to support women in helping them scale their businesses.

When I asked Camille where she finds fulfillment in her role as CEO of Women Presidents Organization she didn’t hesitate to explain the fulfillment she enjoys watching others thrive and succeed. She enjoys seeing the chapter and member count grow (while maintaining the high-touch culture) and observing the growth and success of the women business owners in the WPO international network.

I don’t know the age range of the women business owners in the WPO network. I wouldn’t be surprised to learn that it’s a wide age range. Camille admits that she is having more fun in her 40s than she did in her 30s and 20s in large part because she is more self-aware. She is grounded in the things that bring her fulfillment. She knows where she excels and she knows she is making a difference in her role. She even jokes that she doesn’t fear her 50s.

We also discussed the benefits for women early in their careers to seek and find mentors, both women, and men. Likewise, these mentors may be helpful to you next week or ten years from now. And, she points out the potential for cross-learning between young women and their mentors, despite a difference in age and experience.

On the Midlife Fulfilled podcast, I aim to feature any and all issues facing people in their midlife seasons. I have said many times on the podcast that midlife is not solely defined by age. Any topic that is important for midlifers has my attention and this topic is no exception. It’s my honor to have spoken with Camille Burns, CEO of Women Presidents Organization on the evolving role of women in business. I welcome your thoughts and (respectful) opinions.

Advertistement: Age is Just a Number. Your Health is a Science | Visit InsideTracker to Discover Your InnerAge 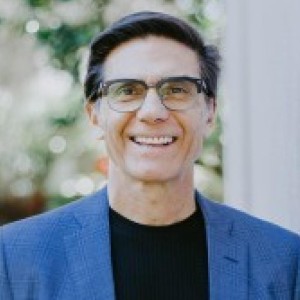 Bernie Borges is the producer and host of the Midlife Fulfilled podcast. He is Vice President, Global Content Marketing at iQor. Bernie enjoys speaking at conferences and private events. He is on a mission to re-brand the meaning of midlife as the longest and the most fulfilling phase of your life. Join Bernie on this journey by subscribing to the Midlife Fulfilled Podcast.

Join me on the Midlife Fulfilled podcast, a journey to make your midlife seasons the most fulfilling seasons of your life. 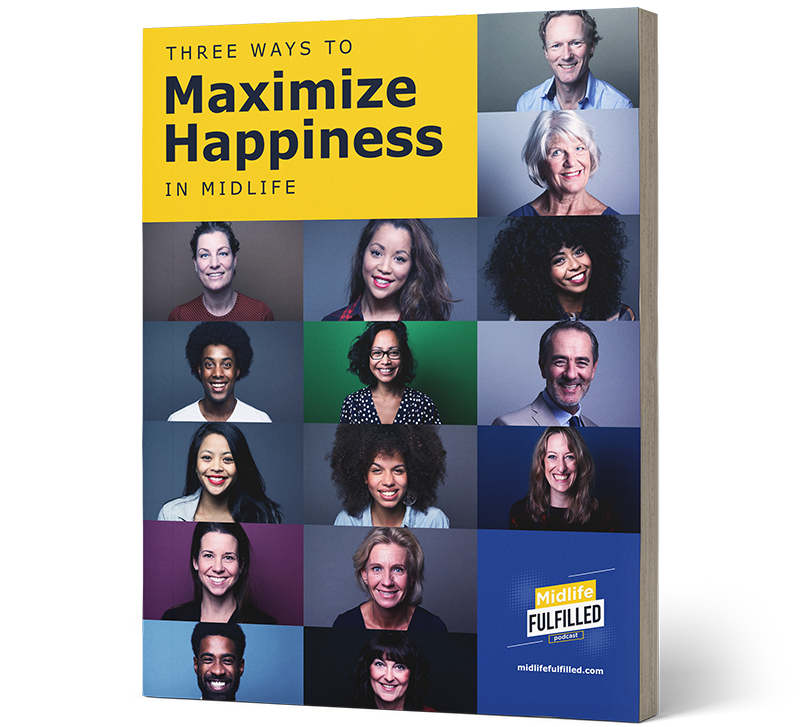 Get the Midlife Fulfilled Podcast
Delivered to Your Inbox

Each episode is curated with love.